mbertin
MLB, Numbers and stuff, Stats
No comments yet 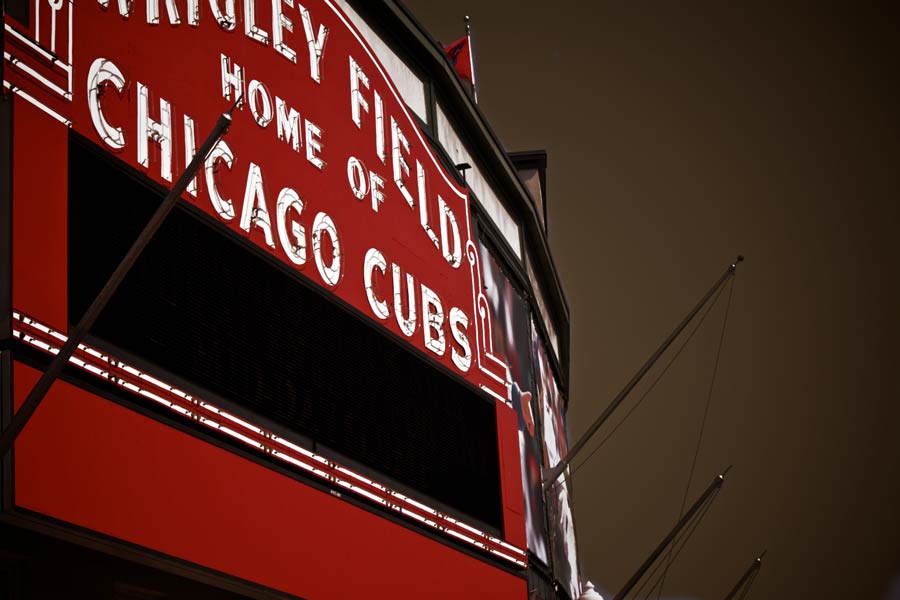 Earlier this month David Ortiz sounded off on the Cubs continually being terrible. He attributed it to playing too many day games. It’s not an unreasonable assertion; plus, after a century of not winning, every remotely plausible theory on why the Cubs can’t win will eventually be formulated.

Said Ortiz: “Through the years I’ve talked to a lot of friends of mine that have played for the Cubs. The one thing that everyone talked about was the schedule in Chicago. They get excited walking into a city that’s based on baseball, but once they start dealing with the schedule it kind of mentally wears you down… Once you play day games for about a week and next thing you know you have to go into a city and play night games, then the next thing you know you have to go to the West Coast and adjust to the time there, then you have to come back home and start playing day games, it’s too hard for baseball (players).”

Then EPSN’s Jim Caple jumped in and largely agreed with Ortiz (with a couple of qualifiers to give himself some argumentative wiggle room). “It definitely is a factor,” said Caple. “I covered the Twins back when they shared the Metrodome with the Minnesota Gophers football team and occasionally had to play a September game at 11 in the morning on a Saturday to accommodate a football game later in the day. Teams in both dugouts sometimes struggled through those mornings after playing late the night before. (And possibly drinking even later than that the night before…) I don’t care how much money you’re paid, your body doesn’t always react that quickly when you are supposed to perform at a top level.”

It was nice of Caple to have Ortiz’s back. And that folksy “I saw it firsthand” anecdotal evidence is also nice but he’s wrong. They’re both wrong actually. Or at least there is nothing numerically to support the theory.

If a team is being impacted negatively by its schedule, it should show up in some measurable statistic.

You could look at just the record, but that’s begging the question. That argument would look something like: The Cubs lose lots of games because they play too many day games (then night games after getting used to day games, then go to the West coast or whatever). Their record in home day games over the past ten decades is some large number below .500. Ergo the schedule is the cause of the Cubs’ being bad. Your conclusion is contained your argument.

So instead let’s use batting average. If the Cubs’ schedule is partly to blame for their century of futility, then all of those taxing home day games which force them to have to readjust all the time should be affecting performance at the plate, and that’s really the key competency for a baseball offense—whether you can hit the ball1.

Here are the cumulative home team batting averages by day for the 2010 to 2013 MLB seasons 2.

And here are the Cubs’ batting averages by day in home games over that same span:

This seems pretty simplistic to compare batting average by day, but here’s why it should tell us something. The night games over these seasons were not evenly distributed with the vast majority being on Monday, Tuesday and Wednesday. Come the weekend series, it’s mostly day games. It’s about a 5-to-1 ratio and it’s almost like the Cubs set up the schedule as an experiment. The first half of the week, they were pretty much like all of the other MLB teams in terms of start times. When the weekend rolled around, that’s when it was mostly day games on the north side. So if the travel and the start times affected performance, it’s likely it would show up over the weekend—particularly Friday and Saturday—when start times were unlike the majority of the league. But that’s not what we see.

The Cubs are close to uniformly average save for Tuesday and Saturday. Tuesday is the only day that looks noticeably smaller (~30 points), but even that difference is not statistically significant3 (and if you’re into buried ledes, you should read that footnote as the Cubs relationship with Tuesday makes no sense).

So if all of those day games at Wrigley are responsible for the Cubs not winning a World Series in 100-plus tries, it’s certainly not manifesting itself in the team’s hitting. In fact, that the Cubs are so average at batting average is almost miraculous given that they are cumulatively 102 games under .500 for the seasons used in the above calculations. In other words, in the absence of any travel effects, we’d probably expect to see these Cubs teams below average anyway, but nope, they were right about average.

The curious thing is that it’s not working to the Cubs’ advantage. Because it’s something Cubs’ players deal with all season, it’d be just as reasonable to think that visiting teams coming in to Wrigley would struggle with disruption in routine. Yeah, that’ not happening either.

These are the league wide batting averages by day for visiting teams:

And these are the batting averages by day for teams at Wrigley.

Visiting teams are actually bettering the average four days of the week (and one of the days they are below it, Saturday, is so close as to be negligible)4. They only days where there is a noticeable drop off are the days where it makes complete intuitive sense. Visiting teams coming in to Wrigley are playing more day games on Friday when they are used to playing night games (after travel days). Monday is also a bit below average, but again, it’s not statistically significant.

Granted this is just four seasons. But if the same effect of the schedule had been plaguing the team for the entire century of losing, it certainly would also be showing up in this time sample. It’s not.

David Ortiz might be really good at hitting a baseball but he’s pretty terrible at the pathology of losing6. So even if players don’t like all those day games or just not having the same schedule as every other team, it doesn’t seem to be affecting their ability to hit a ball in any way that’s statistically significant.

1 This is not a perfect (or maybe even a best) approach. Deadspin looked at possible knock-on effects, that is if the Cubs performed better on the road after home night games than they did when they played a night game on the road following a day game at home. In many ways this is a better way to approach the problem (although they should have also looked at home day games after road games) but Ortiz seems to be implying there is a cumulative effect of the travel and scheduling. Batting average would capture some of that on a day-to-day basis over the whole season. Again it’s not perfect.

2 The Cubs played 30 night games during these years, so that leaves 51 day games, meaning that if there were effects, they should still be large enough to show up especially because the night games were not evenly distributed.

3 That’s at the 95% level. Still the difference is large enough that it’s interesting. And even more interesting in that I can’t come up with a really good story that offers a credible explanation for the decline in production. If there is any day the team batting average should be highest it’s Tuesday. If Sunday was an away game, it’s the longest time between being home and having to leave again, and that’s assuming the previous and the subsequent series are both away. Tuesday should be the day the Cubs hit best (or should be least likely to have a negative deviance from the mean) particularly because the Cubs played more home night games on Tuesday (46) than on any other night (the falloff goes 31-Monday, 22-Wednesday, to 7-Thursday). So they are probably rested from any travel and they are rested from not having to get up early for a day game that day. That Tuesday is when the Cubs hit the worst is truly baffling.

4 It could be the case that the lack of consistency in the schedule is affecting the Cubs’ pitchers at home more than the hitters.

5 Ortiz might just be doing his former GM, Theo Epstein, a solid. Current Cubs ownership has agitated for more night games. Hell, they’ve agitated for more everything. But next time they have to appeal to a politician, Ortiz’ comments make more ammunition. “Look, we can’t compete because free agents don’t want to sign here because of all the day games.” Any time the Cubs cry they have some disadvantage because of Wrigley someone should remind them that Wrigley might be the reason anyone goes to see them when they are terrible. Also Wrigley is a machine for separating fans from their money. The Cubs were 4th last year (2013) in revenue in all of MLB.