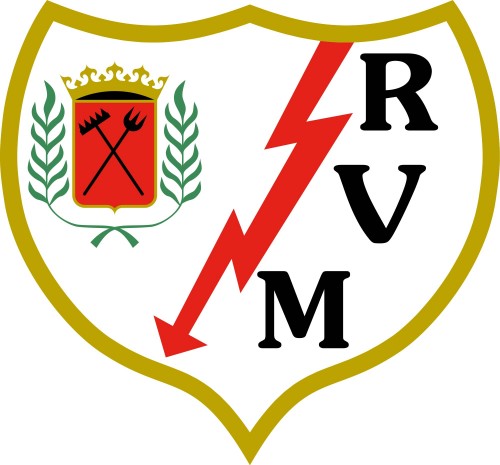 After holding Valencia at home 1-1 last Thursday, Rayo Vallecano drew its second consecutive match by the same scoreline over the weekend at Espanyol. From a league standpoint the results were probably only notable for their negative impact on Rayo’s Europa aspirations. They’re now all but dead. From a statistical standpoint, though, the draws represent the end of an aberration.

Prior to the match against Valencia, Rayo had not drawn for 31 consecutive league matches. Thirty. One.

As numerically gaudy as that number looks, in the context of how often Rayo have managed not to draw since returning to Spain’s top division, it probably tells us something about the club other than it fluked into the improbable. Over the almost full four seasons since 2011-12, Rayo have drawn only 17 times in 149 matches. That has a probability of 0.000014455 , or it’s about a 1-in-70,000 event.

(Just to show how sensitive the calculations are for something that rare, had Rayo managed to win or lose one of the two matches against Valencia and Espanyol, drawing just 16 times in 149 matches would have made it a 1-in-182,000 event—about 2.64x less likely.)

From a purely numerical standpoint, that’s pretty astounding. But Rayo aren’t a typical mid-table team. They aren’t particularly typical regardless of table position. It sounds stupid to say it in these terms but Rayo play to win. Or more accurately, Rayo play to win even at the expense of not drawing.

There’s a far more lyrical appreciation of Rayo and manager Paco Jemez’ style here (written by Sid Lowe last year; and really it’s worth a read), but the club’s approach can be summed up in the the status Jemez pushed out on social media: “The only satisfaction to be derived from losing is knowing that you did all you could to win.”

Jemez’ team attacks. They do it relentlessly and they do it regardless of the score. And it is ridiculously fun to watch. Shhh… don’t tell the hipsters.

If you’re only a casual La Liga fan (i.e. you watch Barca and Real Madrid and whoever they are playing), you can get a sense of what watching Rayo Vallecano is like from this live match report. Start at the 72nd minute. Chances, and good ones, often come rapidly at both ends (and, having watched that game, I’m pretty sure they failed to log at least one additional chance in that sequence). There’s nothing strange about a non-relegation threatened mid-table team recklessly chasing a game late, but that’s what watching Rayo feels like most of the time.

Even if we didn’t know about their philosophical approach to the game, it’s something we might infer from the ridiculously infrequency with which they draw games (although it’s not so ridiculous when the by-product of that philosophy is to turn a three outcome event into something binary). Jemez doesn’t couch it in mathematical terms, but the approach is slightly similar to the trend in the NBA to shoot more 3s2. If a team shoots better than 33.3% from 3-point range, it’s better off than if they shoot 50% from inside the arc. Similarly in soccer, settling for the draw in many instances is perfectly acceptable for most managers. But you only have to win one match for every two you throw away to be as well off (0-3-0 = 3 points and 1-0-2 = 3 points).

Or maybe it’s not like that at all. Maybe Jemez just wants to play attacking football, and he’s not driven by math (His statement: “We’ve got a responsibility to play nice football, otherwise what the hell are [supporters] spending their money for?” is decidedly non-algebraic). The results, however, still show numerically.

Over the last two seasons, about 15.8% of all shots in La Liga have taken place after the 80th minute. In Rayo’s matches, it’s actually (and a tiny bit surprisingly) just below that at 15.4%. But after the 80th minute and when the game is tied, about 4.4% of the total shots in La Liga take place. In Rayo’s games, that number jumps to 5.3%. So when the game is tied late, the rest of the league (on average) is either backing off or playing defensively in a way that permits fewer shots; Rayo is doing the opposite. Other games tighten up; Rayo’s games open up (relatively speaking).

To some extent it makes sense that managers are often content to take the draw3. Prospect Theory and Loss Aversion predict this very behavior. Loss Aversion is a economic principle that basically says losses hurt twice as much as gains feel good. That fits almost perfectly with the tradeoff we see in soccer.

Giving up a draw to chase the win would net two points. But, if in chasing the win, a team conceded a goal and lost, it would lose that point. The gain (two points) would be twice as large as the loss (1 point), but the loss would hurt twice as much. Assuming soccer managers aren’t wired completely differently from the rest of humanity, then losing one point would be psychologically equivalent to gaining two (or the amount of pain they’d feel losing one point would be the same as the amount of joy they’d feel from winning two).

That would explain why so many managers are happy to play for the point in so many situations. Now, there is an additional variable we’re leaving out, and that’s the relative quality of the two sides. It’s often not equivalent. One team is usually content to try to defend because getting 8/9ths of the way through the match and not trailing is to them an achievement worth preserving. For them to then attack and leave themselves exposed would more likely result in a loss (i.e. the “better” team is more likely to create and convert a “good” scoring chance than they are).

That’s what makes Jemez kind of awesome. His team is almost never “better” (two seasons ago Rayo Vallecano were put together for €0). Jemez doesn’t seem to care. He’s trying to win and, if we can infer anything from the improbably low rate at which his team draws, he’d rather lose than not win4.

1 That seems ridiculously large. Especially when you look at the table and see that Real Madrid has but a single draw themselves. But we’ve made a mathematical distinction between any team and Spain (because the two best ones win (and don’t draw) all the time) and teams like Rayo, or teams that accumulate points at a similar rate (about 1.2-ish per game). So we looked at teams over five La Liga seasons that picked up points at that rate (give or take… it ends up around 46/47 points for the season), then averaged out the W – D – L for those teams. Turns out they draw at a .252 clip (so they win or lose at a rate of .748)

2 This might be an oversimplification of what’s happening. I’m not huge NBA guy, but I’m pretty sure there is a trend toward more threes, particularly in the corners, where the shots are closer than from in front the basket.

3 It’s not true that managers always and everywhere are going to settle for the draw. There are plenty of instances where managers are playing for the win, they just don’t actually get it. Still, the presupposition here is that there is a significant number of instances where a manager prefers a draw to the risk of losing.